“Has everyone got everything?” I asked as we left Room 1251 of the Hilton at Niagara Falls. I was the last to leave the plush luxury and the fantastic high rise view of the falls. “Yes.” was the united  shout; we were moving on. Tomorrow we would be Toronto bound. Lights out, doors closed…if only I’d taken one more look around, like I normally do-  just one more damn look.

“I’ve lost Lala?” Lily cried. “Has anyone seen him?” The panic in her voice was echoed by the look on Rae and my face. Not Lala! We were back at the home of Roger and Beverly when the bombshell was dropped. This was our base for our epic three week trip, which had suddenly taken a turn for the worse. Roger immediately  phoned the hotel. Details were passed over to the Household team- including emailed pictures of Lala. It was just a matter of time. “He’ll turn up, he alway’s does” I said, probably more in hope than certainty.  But in truth he alway’s survived the “gone missing” episodes that have happened over the years, including being left at friends houses or in cars and nearly being sold in a charity shop where Lily had left him. He’s survived trips around Europe in our camper, aeroplane flights, surf trips, sleepovers… He always comes home to be hugged  in a strangle hold by a teary-eyed but relieved Lily.

Lala has been Lily’s constant companion since she was tiny. A much loved lion, now devoid of mane and also his tail ( due to an unfortunate incident with our overzealous dog- one of Lala’s near miss experiences.) His body really nothing more than a holey half stuffed remnant of a King of the Jungle, held together by the stitch work that is Lily’s love. 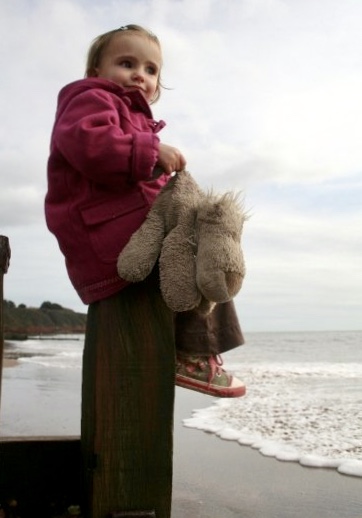 We went through all our baggage a dozen times, searched Roger’s car god knows how many time, looked everywhere in the house over and over again, but all to no avail. He had to be in the hotel room.

The hotel got back to us and unfortunately their staff could not find him, but offered a glimmer of hope by saying that he may have gone to the laundry firm that wash their bedding and they had put in a “find’ request. All we could do was wait…and hope. Beverley found a huge stash of Paul and Colin’s old cuddly toys in an attempt to help Lily get over the trauma. She chose an old sheepdog, which she named Colin, and hugged him tightly, almost like she would hug…

Lily sobbed- we all sobbed, then Lily sobbed again; inconsolably.

I don’t think that Rae nor I hardly slept at all that night, I flitted in and out of consciousness between bouts of extreme guilt and bad dreams and more guilt. In the morning  we were all subdued, the normal happy breakfast meal consumed in silence. It was like death had occurred in the family. Lily, bless her said that she felt that she had ruined everyone’s holiday, which was so far from the truth, but then that is the way she is- caring. Sam and I searched Roger’s car again (five times.) And another house and bags search was conducted. No Lala. Another phone call was made to the hotel, and as we feared, he hadn’t been found.

Over the following couple of weeks, our trip kept Lily and the rest of us busy. canoeing across lakes, the CN tower, hiking, Sauble Beach on Lake Huron. Fabulous times were had. But in those quiet moments between, Lily could be found crying- grieving even. Grieving for the comfort that was always there- until now.

As I write this it is now November and the guilty feeling  is still with me. Last Christmas I found a pristine Lala on the internet and bought him; just to show Lily what Lala looked like when she first had him. She now takes him to bed at night- with Colin the dog, but he is no substitute.

I still make phone calls to The Hilton Niagara Falls and am redirected to the household department. They look, which takes a couple of minutes and I hold my breath and cross my fingers in hope. But to no avail.

“Don’t give up on him yet, Lily” I say to her and she nods, bravely.

But I think we all know.

Just one more look around that room- just one. 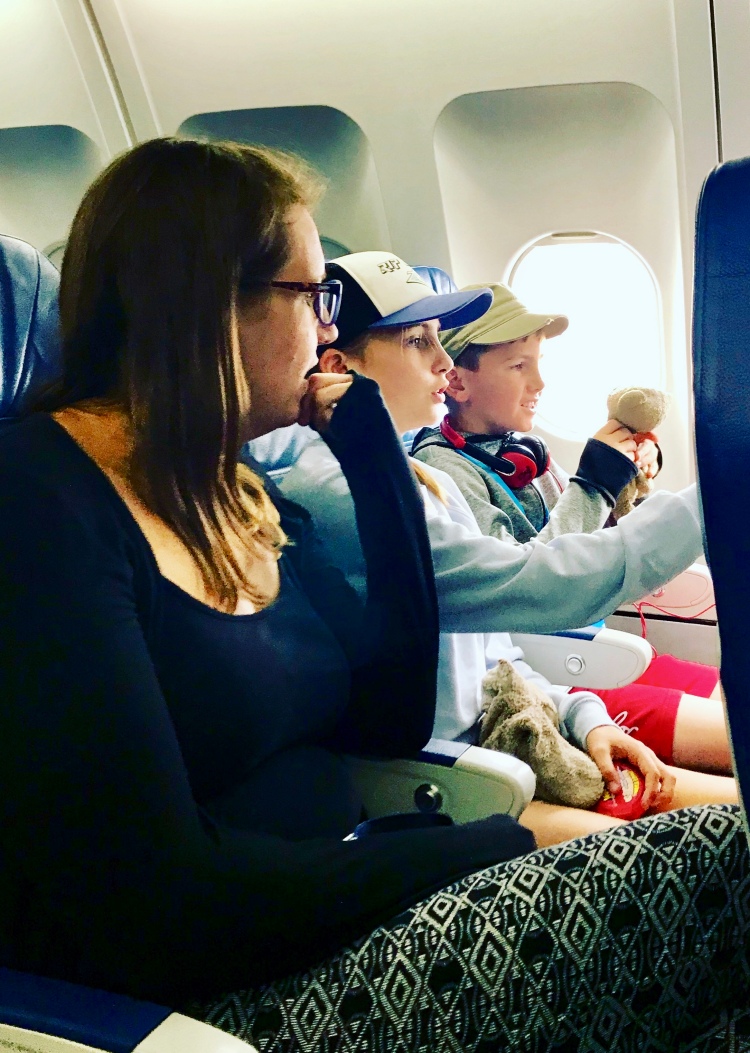 The last photo of Lily and Lala, on the way to Canada for their great adventure.

Christmas is coming and the only thing that any of us really would like is a return of Lily’s bedraggled lovely Lala.

Chief bookworm at Foxed Finds vintage store on Etsy and in situ at The Antique Village near Hele Devon. Traditional angler, terrible surfer and prone to bouts of unprovoked stupidity. View more posts